Faith - Is Christianity based on blind faith? 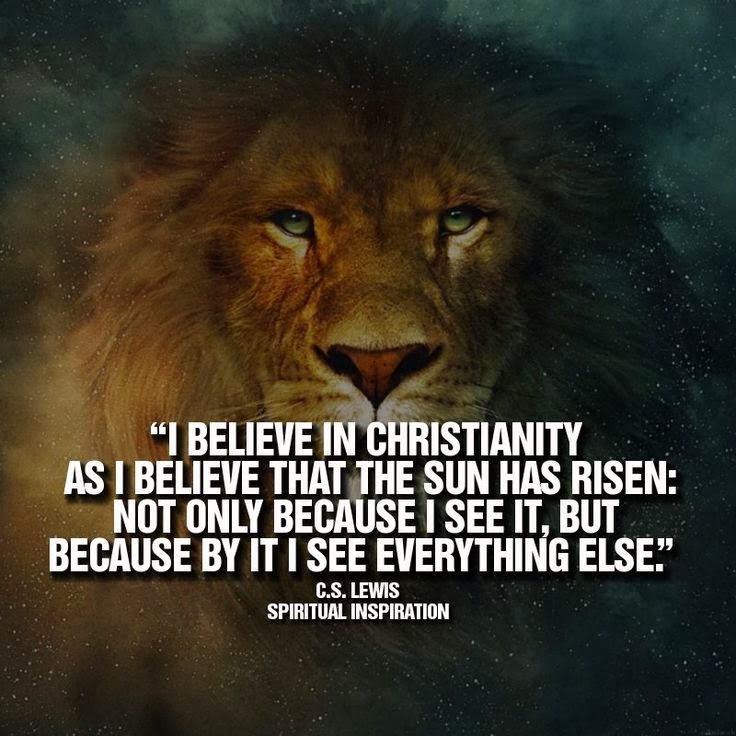 What does it mean to have faith? What is the nature of faith? Is Christianity a blind faith?

Many people have the view that we reason so far towards God but then have to take a leap of faith to get the rest of the way. This leap they see as a blind leap in the dark that may even go against reason or what they consider to be rational or true. This is based on a Thomistic view - in the tradition of Thomas Aquinas.

The Bible says "For from him and through him and to him are all things." (Romans 11:36)

Augustine said, "Believe in order that you may understand."

C.S. Lewis put it well when he said, "I believe in Christianity as I believe that the sun has risen. Not only because I see it, but because by it I see everything else."

In contrast, those who reject God are left unable to justify rationality, the uniformity of nature, laws of logic etc. They cannot justify why these things exist and are the way they are but just assume that they exist. They can't explain them and end up living their lives founded on blind faith.

What does it mean to assume things? An assumption is something that is believed in without evidence. Or it could also be called blind faith. This is highly ironic as it is the reversal of what people usually think of when they hear the word faith. It turns out that it is not Christians who are irrational and living by blind faith - it is unbelievers.

One verse that is sometimes brought up by unbelievers in relation to the issue of faith is Hebrews 11:1  "Now faith is the substance of things hoped for, the evidence of things not seen." (KJV)

But look at some other translations - for example my NIV Study Bible (© 1985) says,
"Now faith is being sure of what we hope for and certain of what we do not see." (Emphasis added)

The Gospel of Luke was even written "so that you may know the certainty of the things you have been taught." (Luke 11:4) (Emphasis added)

Biblical faith is trusting in the God that we know with certainty exists and who loves us so much that he sent Jesus to die for us.

For more on this whole topic see http://www.reasons.org/articles/faith-and-reason.