The Argument from Courts of Law 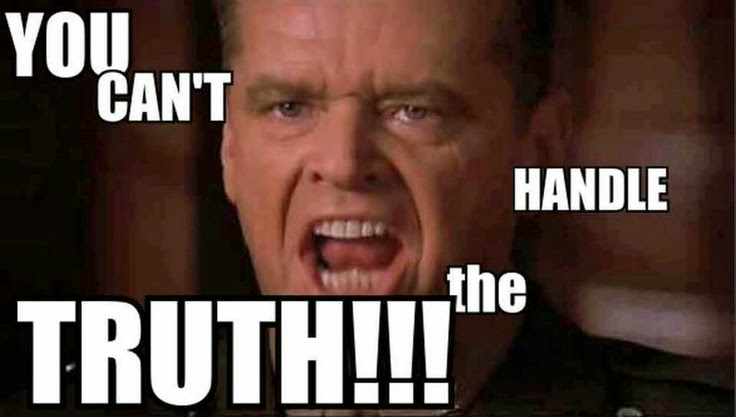 (Famous court scene from the movie ‘A Few Good Men’)

Recently I had to testify in a high court as a witness to an assault. I took an oath on the Bible to tell the truth, and presented my evidence before a judge and jury. At the end of the trial the offenders were found guilty.

The fact that we still swear on the Bible in court is a reminder of the biblical origins of western society, and of our court system that goes all the way back to Moses who would judge over disputes.
Nowadays swearing on the Bible is optional, and if you prefer you can just “affirm” that you will tell the truth. Although this carries the same legal obligations, and perjury is a serious offense, why not lie if there is no God to be morally accountable to and you think you can ‘get away with it’?  (See Argument from Moral Laws)

In high court trials the evidence is presented and the defendants are presumed innocent until proven guilty ‘beyond reasonable doubt’. This kind of system helps protect the innocent. However, it also means that sometimes the guilty go free, especially if they have enough money to hire top lawyers, who can bring in a bit of doubt here and there.

I used to think that I had to try and prove the existence of God in a similar way in order to convince unbelievers. I would lay out the evidence and show that the case for God is provable beyond reasonable doubt. (This is called an evidential approach – e.g. See ‘Evidence that Demands a Verdict’ by Josh McDowell). But the skeptics would always raise enough points that would bring in a bit of doubt, and feel off the hook in their unbelief because there are grounds for reasonable doubt in their minds.

However, when we take an evidential approach the evidence is being presented to the unbeliever and this is making them the judge. They are the ones holding the scales and judging whether or not they accept the evidence for God. If we present evidence to an unbeliever who rejects the existence of God we are allowing them to put God on trial. But in the Bible who do we see putting Jesus on trial? Pontius Pilate! And if he didn’t repent he isn't going to heaven. 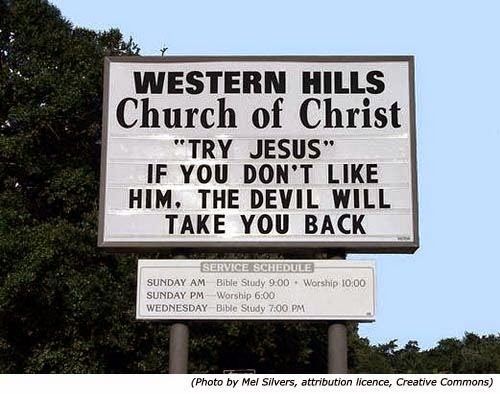 When I watched Sye Ten Bruggencate's movie 'How to Answer the Fool' I was really shocked to hear a TV clip from Rick Warren (one of America's mega-church pastors) saying that non-christians should "try Jesus" and give Him a 60 day trial. (See this video @ 32-33 minutes.)

There are even popular movies like God's Not Dead that are putting God on trial. (See the same video as above @ 33-34 minutes) 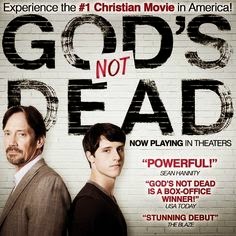 Nowhere in the Bible does it say we should try God. The Bible commands us to repent and submit to God. God is not on trial – the professed unbeliever is the one on trial. And when the professed unbeliever’s worldview is put on trial we find that their worldview leads to foolishness and absurdity. (See - The Argument from Self-refuting Worldviews).

In order to put a worldview on trial we need to do an internal critique of the worldview as a whole and look for inconsistencies. (This kind of approach is called presuppositional because it looks at what beliefs the person presupposes at a foundational level.) If we were to put atheism on trial what would some of the issues be?  Atheists believe that in the beginning there was nothing, and nothing exploded and created everything. How can something come from nothing? A miracle? (atheists aren’t allowed to appeal to divine intervention!) How can order come from an explosion? Where did the matter come from that exploded in the first place?

As the trial of the atheist’s worldview continued we could look at inconsistencies between what the atheist said they believe and how they actually live their lives. Atheists live as if we all have dignity and show love to their loved ones, and get angry at injustices, but how does that make any sense if we are all just bunches of chemicals or rearranged pond scum? Atheists believe that ultimately we evolved by chance from exploded stars that became stardust that somehow formed the Earth and eventually somehow lead to our evolution. So if we are just stardust – who cares if one bunch of stardust bumps into another bunch of stardust?


Militant Atheist vs. Jeff Durbin at the Reason Rally


The fact of the matter is that everyone believes in God, but they suppress the truth in unrighteousness (Romans 1). People don’t need evidence to know that there is a God – they already know it but are willfully ignorant and self-deceived. If you are reading this and have not repented from your sins and submitted your life to Jesus Christ I urge you to do so. Don’t keep putting it off, because no one knows when their time will come. God loves you so much, and wants you to live the way He intended – in relationship with Him, and giving glory to Him.
Posted by Unknown at 11:31 AM

Email ThisBlogThis!Share to TwitterShare to FacebookShare to Pinterest
Labels: apologetics, Courts of Law