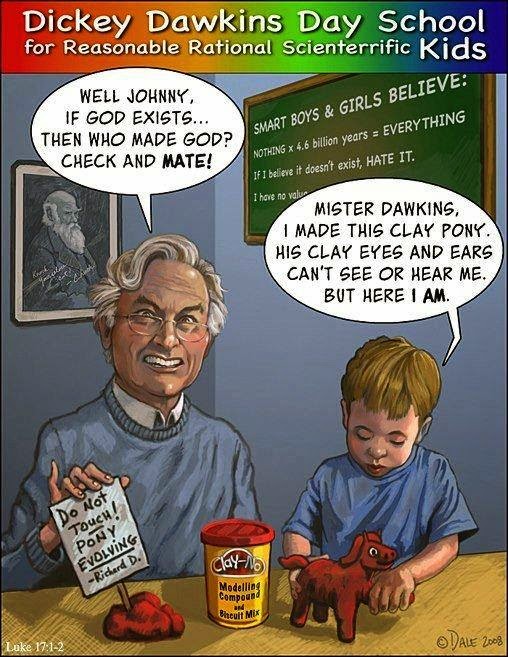 (Thanks to Ken Ham for the basic argument outlined above.)

This answer to the question of who made God does not prove that God exists, but it does show that the question is nonsensical. The proof that God exists is that without him you couldn't prove anything, because proof presupposes things like knowledge, logic and truth and you can't get those without God. (See my website www.godorabsurdity.com)
Posted by Unknown at 3:09 PM

Email ThisBlogThis!Share to TwitterShare to FacebookShare to Pinterest
Labels: Who made God