The video 'Presuppositional Apologetics - Christianity in Full Retreat' has been brought to my attention a number of times now by atheists who consider it to be some sort of devastating critique of presuppositional apologetics. So I took the time to watch it carefully, and found that it was as I had expected it to be - the usual rhetoric without substance. There are 4 YouTube videos that I know of that involve interactions / debates between Sye and Dan, and I've posted them below in chronological order. I intend to update this further at a later date when I have more time.

Dan argues that presuppositional apologetics is Christianity in full retreat, which is simply not true. The Bible calls unbelievers fools and does not give evidence to those who argue that the Scriptures are not true. It's foolish to present evidence to someone who can't account for the concept of evidence and is foolishly arguing that God does not exist. Christians are also commanded to not put God to the test, and to follow the example of Jesus who when tempted by Satan to prove he was the Son of God using evidence by turning a stone into bread - Jesus rebuked Satan and quoted Scripture. This was not Jesus retreating, but advancing the kingdom by refuting Satan. My comments, and the things that Sye said in the above debate apply to this video too - Dan has no way of knowing or proving any axioms, and therefore can't know anything within his worldview.

In the final video Sye refers to this video and calls it so bad that it's a cry for help! He points out that the infinite regress is not ended by appealing to ones senses - because the question is how do you know your reasoning is valid?

This 37min video is by Dan.

This 1 hr 8 min video by Sye is the same video as above but with the 35 minutes of the video edit put back in. It makes me wonder why Dan took so much of his video out. Note that Dan admits that he cannot know that he is not insane (which was not in Dan's edited video!). His attempted justification for his axioms is the impossibility of the contrary - but Dan has no answer as to how he knows this and why his axioms are impossible to deny. 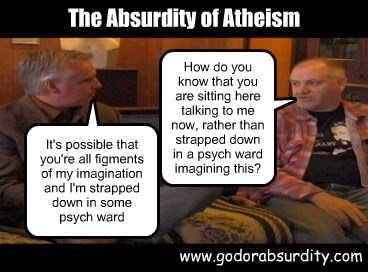 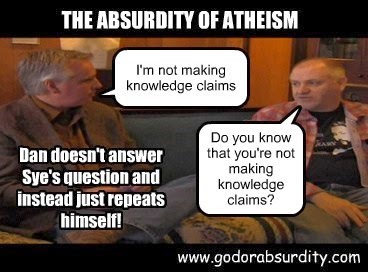