I regularly post about abortion on my facebook page because it's one of the big evils in society today and I'm convinced that it's something that God abhors. In Jeremiah 19 God says to Israel that he is about to bring judgment on them and allow their enemies to invade them because they were not only worshiping other gods but they were murdering their own children. The Lord said that he would bring disaster on them because they have "filled this place with the blood of the innocent. They have built the high places of Baal to burn their children in the fire as offerings to Baal".

Today the people of God are doing a similar thing - practicing and turning a blind eye to the sin of murdering children through abortion. This sin sees pre-born babies murdered at the altar of personal convenience - a form of self-worship. And then we wonder why God's hedge of protection has been lifted and we are seeing our enemies from Islamic nations attacking the West.

Abortion can be seen as a modern Holocaust that is far worse than what the Nazis did in terms of the number of deaths. 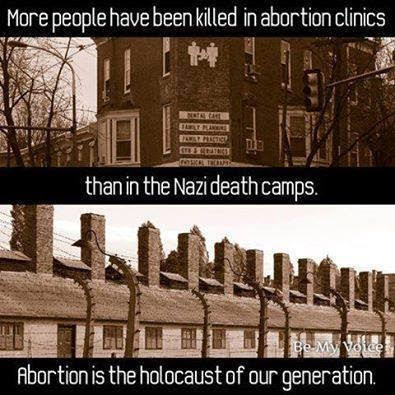 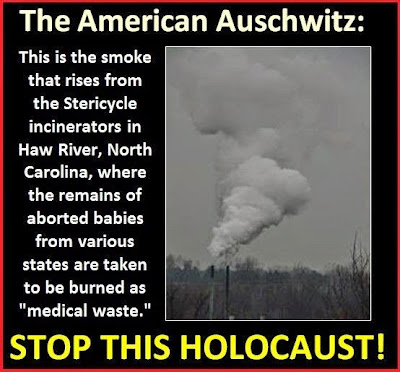 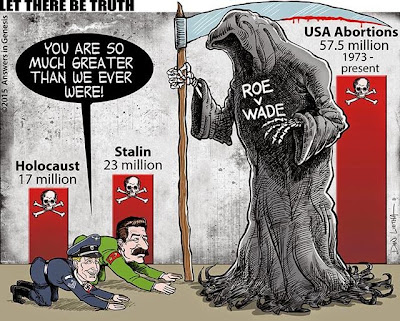 Of course many liberals argue that abortion isn't murder, and that it's their body and so it's their choice, but this makes no sense. 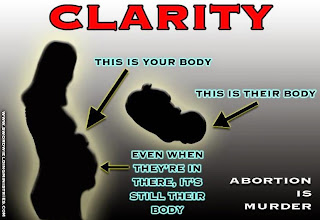 It's also absurd that liberals say they are for equality and choice... 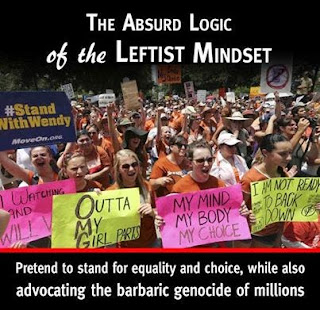 Liberals think they are so moral by speaking up for animal rights, but don't seem to care about human rights for the unborn. (Especially ironic given that they argue that humans are evolved animals). 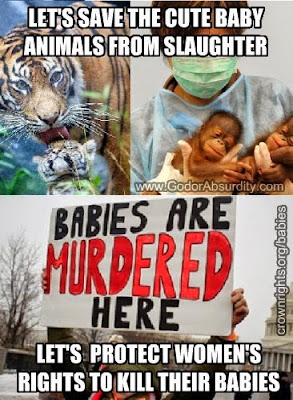 But it's not just liberals that have serious internal contradictions in their beliefs and actions. Something is seriously wrong when the abortion statistics aren't much different between professing Christians and non-Christians... 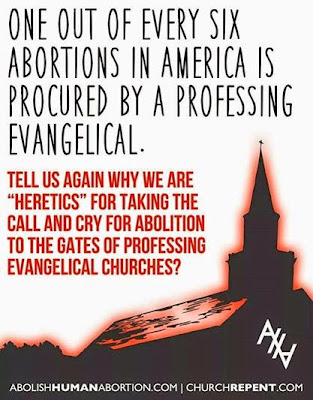 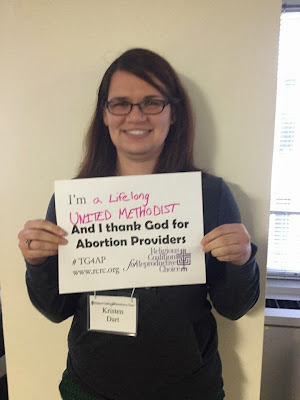 To those who would argue that abortion is legal and so there's nothing wrong with it - never forget that everything that Hitler did in Germany was legal. 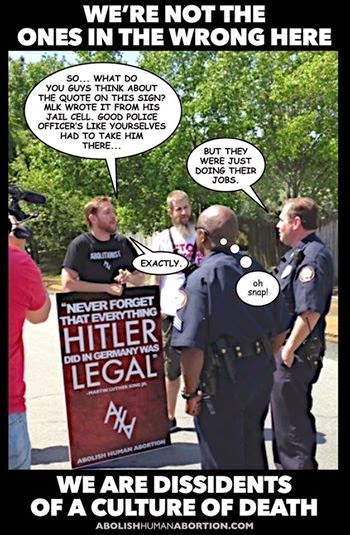 In the First Century, infanticide (the killing of children) was accepted by most people as being normal, but the early Church helped bring an end to this evil practice because they knew that the gospel was not merely about getting into heaven. The gospel is the gospel of the Kingdom - and part of that means that God wants us to make a difference in this world to bring about justice for the oppressed. 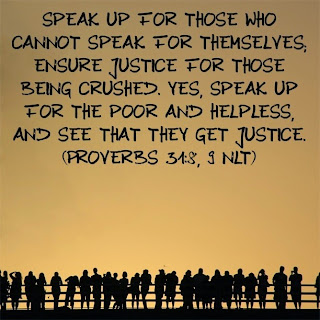 Who is more helpless than a child in the womb? We need to speak up for our pre-born neighbors if we are truly going to fulfill God's command to us to "love thy neighbour".