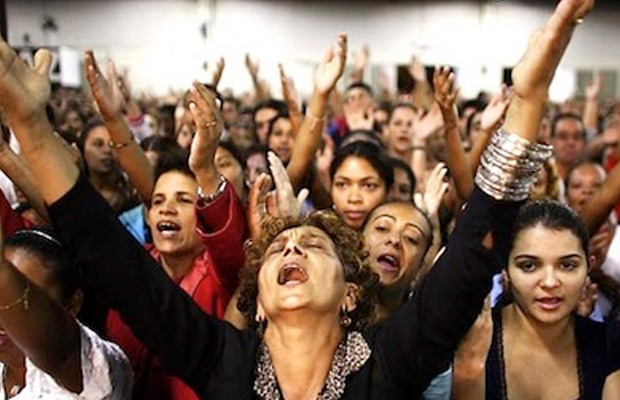 I found this article today from "The News Nerd", dated July 15, 2015. This is what many people think of Christians these days. I will make some comments at the end so please read the article and my response before commenting. Here's the article:

According to the American Psychological Association (APA), a strong and passionate belief in a deity or higher power, to the point where it impairs one’s ability to make conscientious decisions about common sense matters, will now be classified as a mental illness.

The controversial ruling comes after a 5-year study by the APA showed devoutly religious people often suffered from anxiety, emotional distress, hallucinations, and paranoia. The study stated that those who perceived God as punitive was directly related to their poorer health, while those who viewed God as benevolent did not suffer as many mental problems. The religious views of both groups often resulted in them being disconnected from reality.

Dr. Lillian Andrews, professor of psychology, stated, “Every year thousands of people die after refusing life-saving treatment on religious grounds. Even when being told ‘you will die without this treatment’ patients reject the idea and believe that their God will still save them. Those lives could be saved simply by classifying those people as mentally unfit for decision making.”

“Jehovah Witnesses for instance,” Dr. Andrews continued, “will not accept blood under any circumstance. They would rather die than to receive life-saving donor blood. Many religious people believe they have “healing power” in their hands. Many believe they can communicate with God using a personal language, which is unknown to anyone but the communicator and God (known as speaking in tongues). Many often tell of seeing spirits. All of these are signs of a mental break and a loss of touch with reality. Religious belief and the angry God phenomenon has caused chaos, destruction, death, and wars for centuries. The time for evolving into a modern society and classifying these archaic beliefs as a mental disorder has been long overdue. This is the first of many steps to a positive direction.”

With the new classification, the APA will lobby to introduce legislation which would allow doctors the right to force life-saving treatment on those who refuse it for spiritual reasons on the grounds that they are mentally incapable of making decisions about their health.

The American Psychological Association says more information about the study and the new classification will be made available to the public in their upcoming journal (which is expected to be release in early August).

Unfortunately this kind of mocking of religion is becoming more and more common, and I believe part of the reason for this is because most churches don't take apologetics seriously. If one of your friends shared this article and said they agreed that religion was a kind of mental illness, what would you say? Would you know how to give a clear and cogent refutation of the article and in so doing give a defense of your faith?

In reality everyone knows that God exists, and to deny it is to suppress the truth in unrighteousness (Romans 1). It's absurd to deny that there is a Creator. You end up having to believe that everything came from nothing for no reason and with no cause. And as I show on my website, without God you can't account for knowing anything. (See www.godorabsurdity.com).

The article mentions Jehovah's Witnesses as if they were just another church denomination but they aren't - they are a mind control cult, and are far from being biblical Christianity. (See www.godorabsurdity.com/jehovahs-witnesses.html).

As for wars - this is where it becomes really important to differentiate between Christianity and other religions. Islam has caused more deaths than any other religion - 270 million killed in the name of Allah in the last 1400 years. (See Tears of Jihad).

But if you realise that Atheism, Secular Humanism, and Darwinism are forms of religion and accept that abortion is murder, then those religious ideologies have killed more than any other religion. In the US alone there have been 57.5 million deaths from abortion since 1973 when murdering babies in the womb was made legal. Then factor in Nazi Germany and other dictatorships that were basically following atheistic Darwinism to its natural conclusion and you've got many millions more dead.

Then let's look at suicide which has been increasing in the West as the teachings of Darwinism take root. Why not kill yourself if we're just evolved pond scum? Or murder - why not murder others if it's just societal opinion that murder is wrong?

Without God there is no ultimate standard to determine right or wrong, and no ultimate standard to determine truth and reality from lies and delusion. What used to be considered wrong and mental illness is now considered by many to be normal - such as homosexuality and transgenerism. The APA used to consider homosexuality a mental illness, but now it isn't. 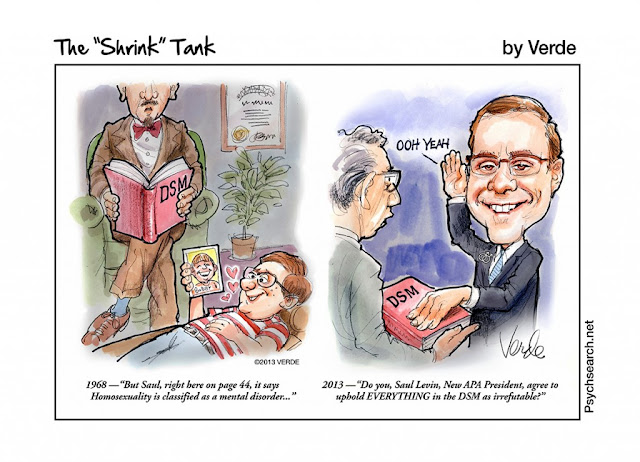 There are even those who think that they are trans-species, which most people see as a mental illness, but it wouldn't surprise me if in a decade or two the APA decides that this is not to be seen as a mental illness but merely different.

All of this is a huge topic, and the issue of mental health and mental illness needs to be taken seriously, but without God there is no basis for determining what is and what isn't mental illness. Even schizophrenia which is clearly a mental illness - without God how do you know that we aren't all living in one big delusion? These are the kind of absurdities that result when you reject and deny God.

I'd also like to point out that making belief in God into a mental illness is the kind of thing that dictatorships have done that has been a step toward rationalising mass genocide of Jews and Christians under Nazi and Communist regimes. Unless we learn from history we are doomed to repeat it.

Email ThisBlogThis!Share to TwitterShare to FacebookShare to Pinterest
Labels: apologetics