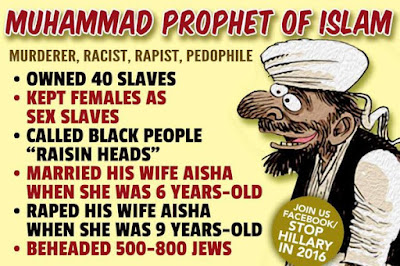 I've FACT CHECKED the above meme and found that it's all factually correct and based on authentic Islamic scripture:


(I've added numbers in the quotes below for clarity)

"Mohammed had many male and female slaves. He used to buy and sell them, but he purchased more slaves than he sold, especially after God empowered him by His message, as well as after his immigration from Mecca. He once sold one black slave for two. His name was (39) Jacob al-Mudbir. His purchases of slaves were more than he sold. He was used to renting out and hiring many slaves, but he hired more slaves than he rented out." (Zad al-Ma'ad, p. 160)

"Then I put on my clothes and went to Allah's Apostle's residence, and behold, he was staying in an upper room of his to which he ascended by a ladder, and a black slave of Allah's Apostle was (sitting) on the first step. I said to him, 'Say (to the Prophet ) (40) 'Umar bin Al-Khattab is here.'..." (Sahih Bukhari 6:60:435)

"Muhammad was married to thirteen women, including eleven at one time.  He relegated them to either consecutive days or (according to some accounts) all in one night.  He had sex with a 9-year-old girl and married his adopted son's wife (after arranging a quick divorce).  On top of that, Muhammad had a multitude of slave girls and concubines with whom he had sex - sometimes on the very days in which they had watched their husbands and fathers die at the hands of his army."

"Qur'an (4:24) - "And all married women (are forbidden unto you) save those (captives) whom your right hands possess."  Allah even permitted Muhammad and his men to have sex with married slaves, such as those captured in battle." 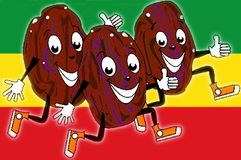 "Narrated Hisham's father:
Khadija died three years before the Prophet departed to Medina. He stayed there for two years or so and then he married 'Aisha when she was a girl of six years of age, and he consumed that marriage when she was nine years old." (Sahih Al-Bukhari, Volume 5, Book 58, Number 236) 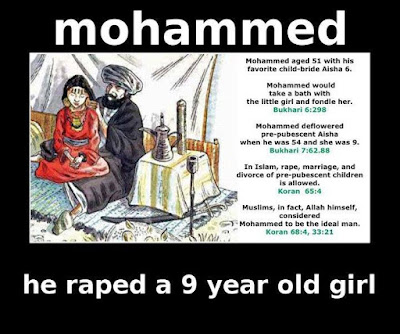 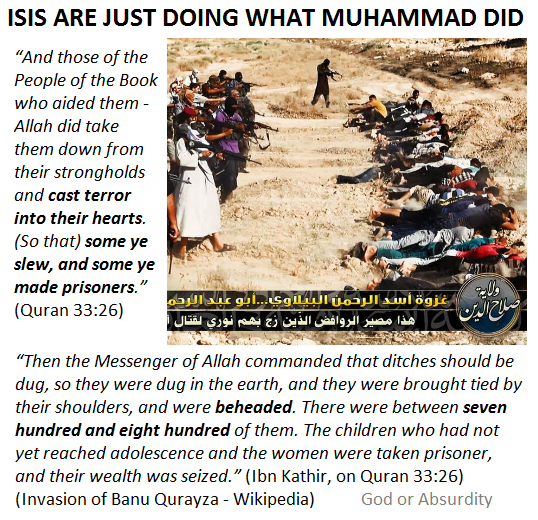