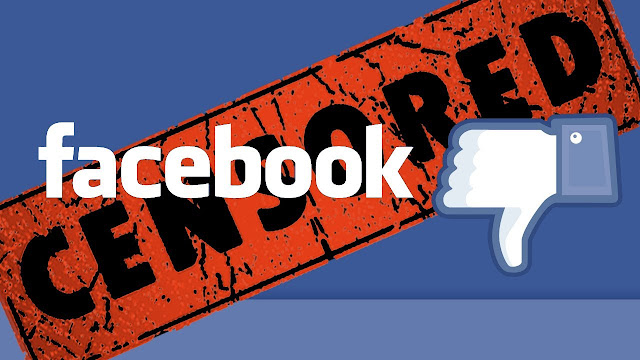 I just got a 30 day Facebook ban after having yet another post about Islam censored and removed from my Facebook page (God or Absurdity). (2 weeks ago I was hit with a 7 day ban by Facebook for a post about Islam and our page keeps getting shut down (temporarily - so far it's been temporary anyway).

The link to the story I posted about is: http://madworldnews.com/muslims-kiddie-pool-water/

The fact that Muhammad had sex with Aisha when he was in his 50s and she was only 9 years old is one that is well attested to in the most authentic Islamic scripture. Most Muslims don't know that Aisha was so young and those that do know deny that this actually happened but instead try and justify it on the grounds that Muhammad was given sanction by Allah to do it so that somehow makes it ok, or they argue that Aisha was unusually mature for her age or some absurd nonsense like that.

Despite many Muslims not having read their own scriptures, immigrants from Muslim countries are still surrounded by an Islamic culture that condones child brides and treats women like second class citizens. (E.g. The Quran condones wife-beating).

It would seem though that stating the facts about Islam somehow makes me racist, which is ridiculous. (What race is Islam?) I'm not racist at all and believe we are all humans that are loved by God. Many Muslims are relatively good people by human standards, but this is not because of Islam but in spite of it. The fact is that I love Muslims enough to speak the truth about Islam for their sake and for the sake of our western civilization. 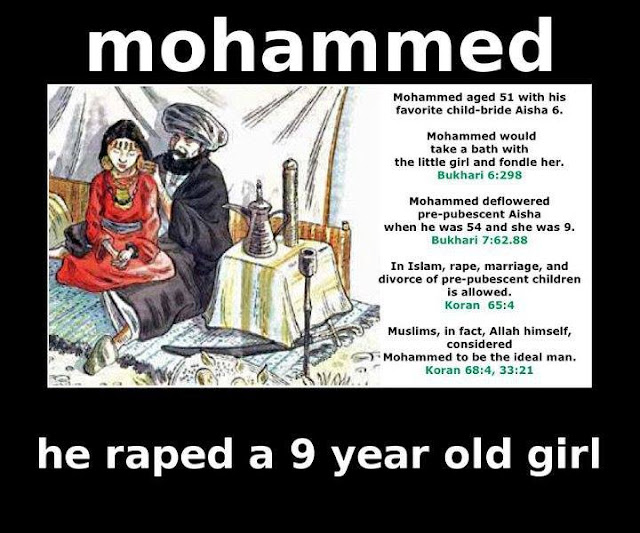 Here is the exact quote from one of the Islamic Scriptures quoted above:


Instead of desperately trying to censor all criticism of Islam and those that come from Islamic countries how about actually having an honest discussion about the root causes behind the massive Muslim immigrant rape problem that is sweeping Europe at the moment? As they said in the Mad World news article I posted:

The left is attempting to force the media, police, and opposition to remain silent on these crimes or even distort the facts in order to protect their agenda to flood our countries with migrants and refugees. However, the attacks are becoming so prevalent and shocking that even those in charge are finding it impossible to provide enough cover for their favored criminals.

It has come down to making a simple decision — do we want to protect our women, children, borders, economy, and rights by refusing to let these adherents of a perverse and violent ideology or are we more concerned with being called “racist” and “Islamophobic” instead?

P.S. I'm currently still able to post on God or Absurdity as I set up several backup accounts and also two back up pages a few weeks ago (God or Absurdity Reloaded, and God or Absurdity Revolutions). While it may technically be against Facebook policy to have more than one personal account I have a peace about doing that because I know that Facebook are acting unjustly in the way they are censoring me and trying to censor the truth about the false religion of Islam. I also do not believe that I've violated their standards (which aren't clear at all when it comes to exactly what is and isn't a violation).