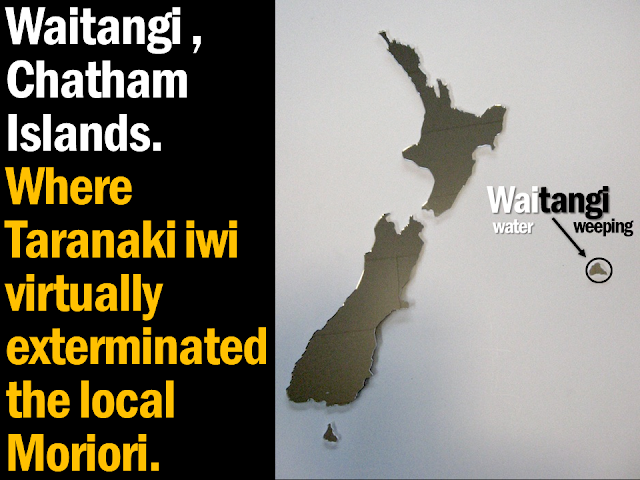 I'm reblogging this important article about the Moriori genocide (from this blog here). There needs to be repentance and restitution made for this atrocity. Instead all we've got is denial and suppression of the truth.

Read this and weep.
Not for nothing, you may conclude, does the ‘tangi’ in ‘Waitangi’ means ‘weeping’ or ‘mourning’.
But the Waitangi in this story is not in the Bay of Islands. It’s in the Chatham Islands.
It, too, is a place of grievance.
And the perpetrators of that grievance were not white colonists from England, but Maori invaders from Taranaki.
Reporting on that troubled province, the Tribunal named after the northern Waitangi described as a ‘holocaust’ the Crown’s response to Taranaki tribal rebellion and Treaty-breaching.
Chronic tribal exaggerators like Tariana Turia and Kerry Opae even apply the term to the Crown’s repossession of its own land at Parihaka — after 14 years of asking nicely — where the death toll was precisely zero.
But they’re right that there certainly were Taranaki-related ‘holocausts’ (as in mass murders of innocents) in the 19th century.
And all of them were perpetrated by Maori.
These are the ‘holocausts’ that our one-eyed pseudo-historians forget to mention:
The bloodiest killing field of those Taranaki butchers (from the Ngati Tama and Ngati Mutunga tribes, that recently received millions in Treaty settlements) was a beach called Waitangi. 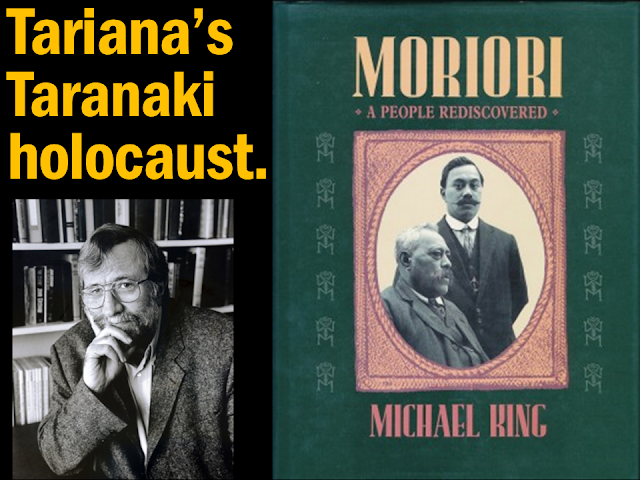 The following account is from Michael King’s Moriori — A People Rediscovered. We pick up the story as the Moriori chiefs debate whether to set aside their pacifism and attack the Taranaki invaders: 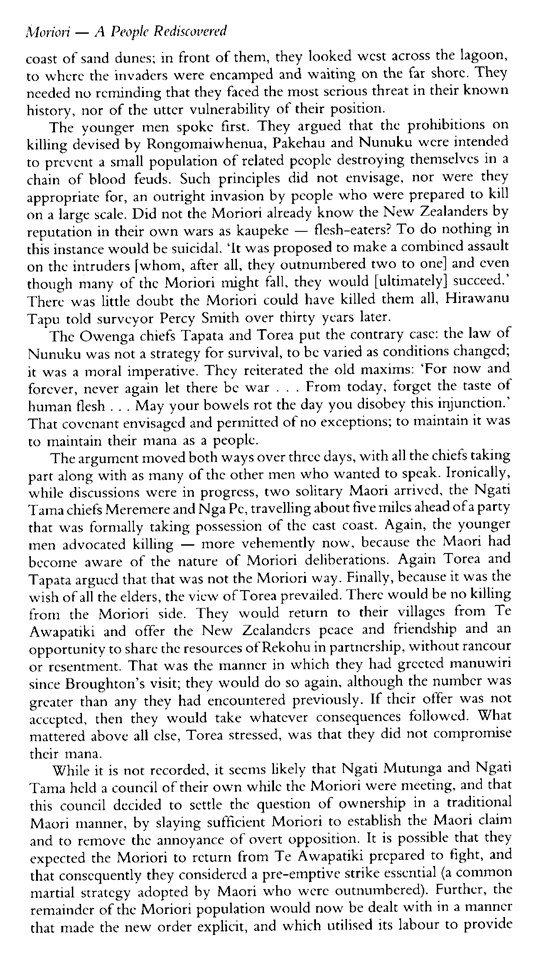 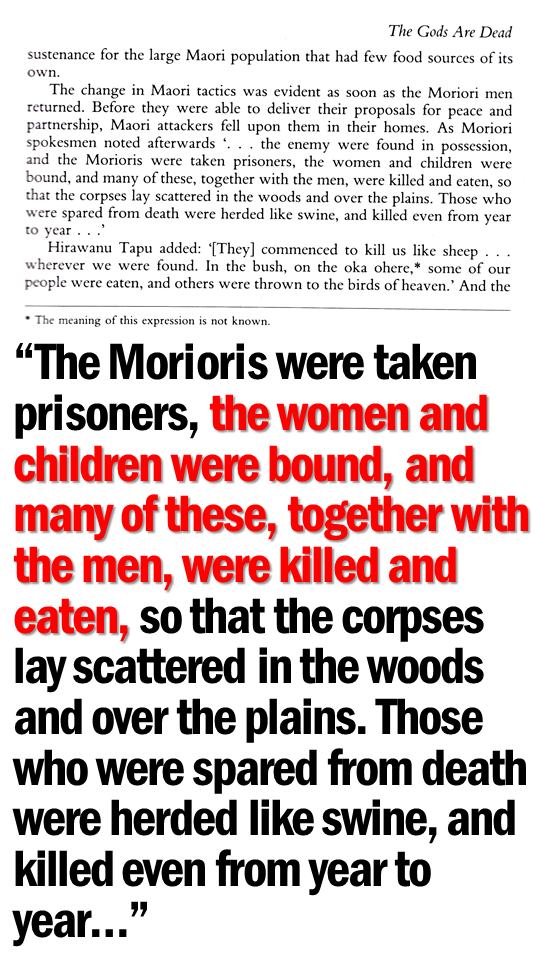 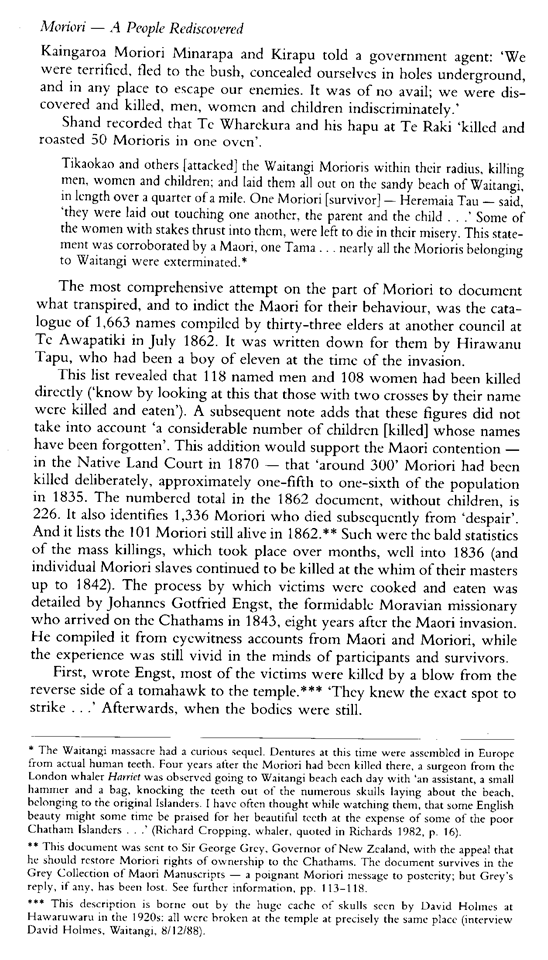 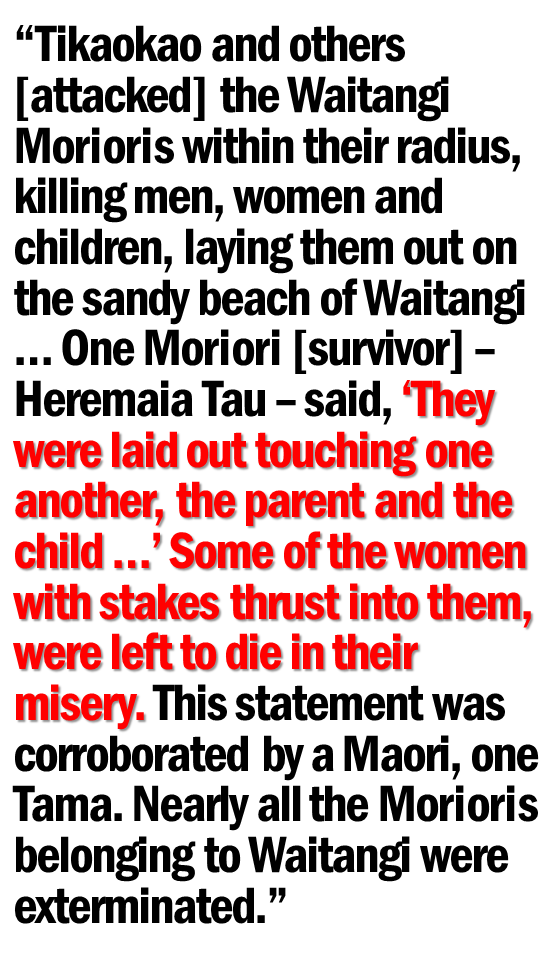 Isn’t this the Waitangi-related grievance we should be most concerned about?
Posted by Unknown at 1:02 PM

Email ThisBlogThis!Share to TwitterShare to FacebookShare to Pinterest
Labels: Maori