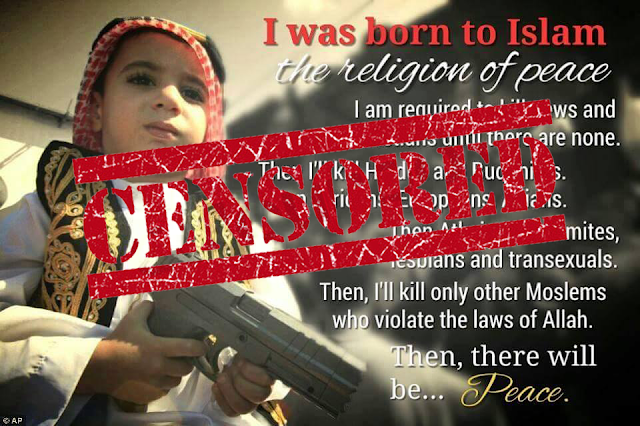 I posted this meme on the God or Absurdity Revolutions Facebook page earlier today, and a few hours later it was censored by Facebook and I was slapped with yet another 30 day ban on one of my accounts. 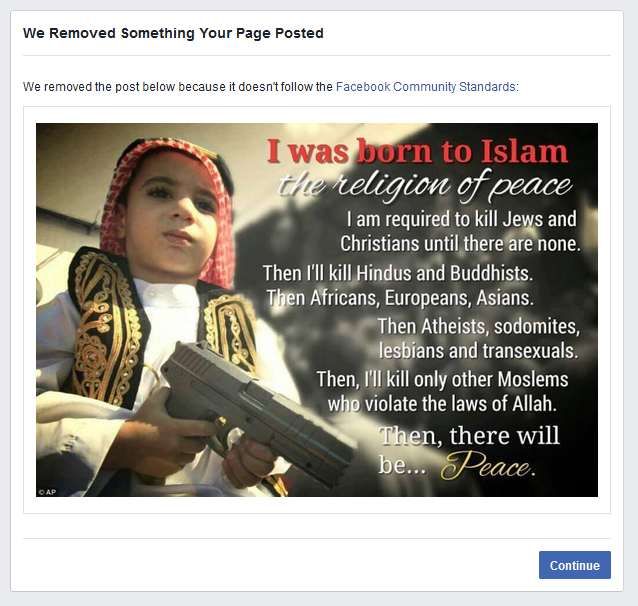 It's been several months since this last happened, and I was beginning to wonder if Facebook had come to their senses and realised that it's not a good idea to censor ideas just because some people don't like them - but no - obviously not.

Facebook seem to have made it their mission to censor our page because we are a conservative Christian page that is speaking against Islam and abortion. They went so far as to totally shut down and delete our first two pages. Meanwhile they have no problem with pages that any sane person would say clearly breaches their standards - such as pages that advocate burning churches.

Truth sure has become the new hate speech. The meme that was censored today is the ironic and horrifying truth about Islam. It actually does call for all Muslims to wage violent jihad if you actually look at the Quran and example of Muhammad. 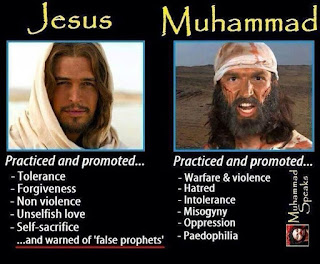 Please consider sharing this blog post - because it's the politically incorrect truth about Islam that the mainstream media aren't saying.

Also, here's the original meme in case you want to reshare it. 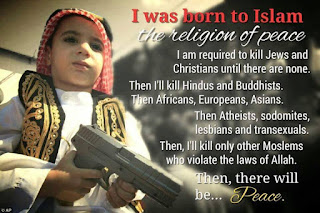