I really enjoyed this video. Shows why Christians shouldn't leave the Bible out of debates on important topics - our thinking needs to be based on the Bible - otherwise it's just our mere opinion.
Posted by Unknown at 11:16 PM No comments:

The 46-million-year-old meal: Scientists discover mosquito fossil so  well-preserved that it still has blood in its stomach

Blood sucked by a mosquito that died 46 million years ago has been discovered by scientists.
Researchers used a new technique to determine the nature of the animal's last meal to prove that the insects have been feeding on blood all this time and could even have feasted on dinosaurs.
The mosquito that was discovered perished soon after feeding in the Middle Eocene and its body has been trapped in shale ever since. 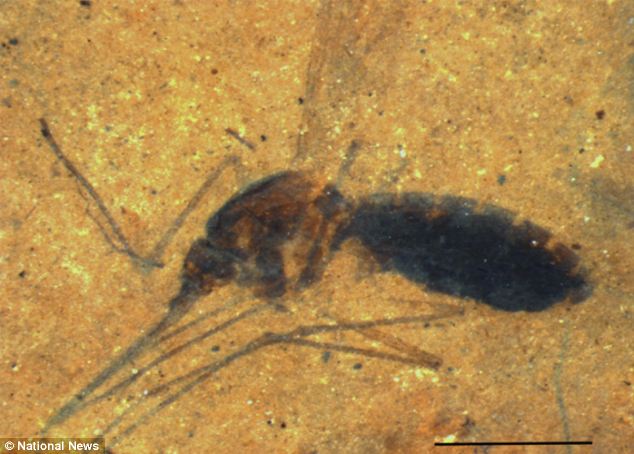 Here's the logic (illogic) with the mosquito story:

1. We've found a fossil mosquito with what seems like blood inside it.
2. We know that the paradigm of millions of years in the fossil record is true, therefore we know that the fossil is 46 million years old (not stated in the article but probably based on an assigned age from where it was found in the fossil record, or possibly from radiometric dating).
3. Based on observational science we know that blood degrades and can't last for millions of years.
4. We know that millions of years is true.
5. Therefore - Wow - blood can survive for 46 million years - there must be some unknown mechanism at work to preserve it - we have no idea how this could be at present - but give us time and we'll find it.

In step 5 a "rescuing device" is invoked to protect the atheist "millions of years" worldview from collapsing.
Step 2 is an unproven assumption, therefore the whole chain of reasoning is illogical.
Step 2 and 4 involve circular reasoning and are basically saying the same thing.

They are both based on arbitrary and ad hoc origins science theory. Likewise, radiometric dating is fundamentally and fatally flawed and based on unprovable assumptions.

From a biblical point of view this is another great example of evidence that fossils are only thousands of years old and not millions of years old. It was most likely buried and fossilised during the global Flood.

This story is similar to the Dino blood story: http://creation.com/schweitzers-dangerous-discovery

Posted by Unknown at 7:04 PM No comments:

Email ThisBlogThis!Share to TwitterShare to FacebookShare to Pinterest
Labels: millions of years, science

Today I watched this really good video called 'Evolution in Pop Culture.'
Evolutionary ideas are obvious in things like nature documentaries, but
a lot of movies, TV programs etc have subtle and not so subtle evolutionary teaching
in them. Best of all - it has movie clips :) 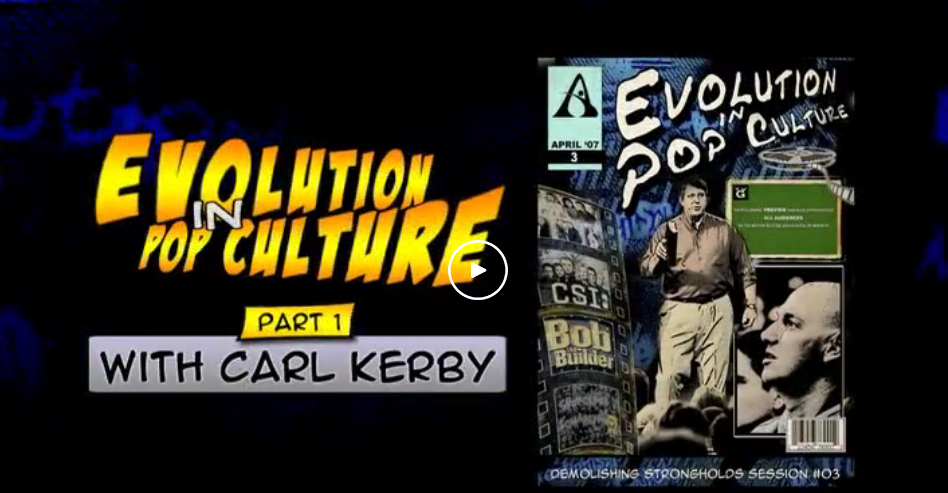 Posted by Unknown at 7:36 PM No comments:

This afternoon I was on my way back to my car (this is in New Zealand) after doing some shopping and I was approached by two "Christians" who asked if I had 2 minutes to hear about Mother God's love. I was intrigued as to what they had to say and so took the time to listen and ended up talking with them for about half an hour on the footpath outside. They were both around 20 years old I'd guess and were Korean - a girl and a guy. The girl did most of the talking and the guy chipped in occasionally. I was impressed with the 2 minute video the girl showed me via her smart phone. (Impressed with the professionalism of the video but not so much with the content asserting that there was a Mother God). The girl then asked me if I'd like to see some Bible verses that showed that there was a Mother God. I agreed as I was still wondering how they got the idea that there was a Mother God and wondered exactly what they meant by that. (At Bible College we learned about the mother heart of God that is a scriptural and valid aspect of the nature of God - God is Spirit and has both fatherly and motherly aspects to his nature - however this isn't what they were saying).

The first verse the girl showed me was Genesis 1:26 (let us make man in our image). Her interpretation was that this was referring to the Mother and Father God. Also in Genesis it uses the word Elohim for God which I was told was plural and therefore meant there were actually 2 Gods and not one. I pointed out that Deuteronomy 6:4 says that God is one - and that the Jews know this, and so do Christians - one God in three persons - the Trinity.

Another verse I was shown was Galatians 4:26 "But the Jerusalem that is above is free, and she is our mother."

And Revelation 22:17 - the Spirit and the bride say come. According to them the bride here is Mother God Jerusalem. I tried to point out that it was talking about the church.

There were a few other verses but these were the main ones. I tried to explain that orthodox Christian teaching is that there is only 1 God and not two but they weren't buying it.

I asked them if they knew the words exegesis and eisegesis. They hadn't so I explained that that was Bible Study 101, along with letting Scripture interpret Scripture, and tried to explain why this is really important - the former is understanding what the Bible verse originally meant when it was written, and eisegesis is twisting the Bible to make it mean what you want it to mean.

So I told her that she had more faith in the fallible words of scientists than she did in the Bible, and that she was doing eisegesis by putting the words of scientists and the teaching of her church above the Bible. She didn't seem to understand science at all. Creationists believe in science too - but we understand that real science can't do a repeated experiment on the early moments of Creation, nor can it tell us the age of the Earth.

She was kind of argumentative and kept interrupting when I tried to explain why I didn't agree with her interpretations of the Bible. I wasn't impressed that she interrupted me again at one point trying to say that she couldn't understand what I was saying because of her poor English, but then was unwilling to write down the words 'exegesis' and 'eisegesis' that I was trying to explain to her (because this is one of the big reasons cults exist - they do eisegesis and don't understand how to properly interpret the Bible - as well as often having a strong leader who uses mind control to prevent them from really doing proper Bible study).

I found out more about this cult here http://www.letusreason.org/WorldR2.htm. And here http://carm.org/world-mission-society-church-of-god.
It's called the "The World Mission Society Church of God" and started in Korea (see here for their website and here for their short promo video).

As with most cults they don't tell you all of the wacky things they believe up front - such as that their leader is supposedly the new Messiah (they believe their leader is actually the Second Coming of Jesus), that the Bible prophesies that the new Messiah would be born in Korea, and that the new Jerusalem is in Korea. They also believe that they are the only true Church and that all other Christians are not saved.

I read online that in South Korea cults started by people claiming to be Jesus are quite common. The real Jesus prophesied that in the end times many false messiahs would come claiming to be him but not to listen to them.

Matthew 24:23-27
23 At that time if anyone says to you, ‘Look, here is the Messiah!’ or, ‘There he is!’ do not believe it. 24 For false messiahs and false prophets will appear and perform great signs and wonders to deceive, if possible, even the elect. 25 See, I have told you ahead of time.
26 “So if anyone tells you, ‘There he is, out in the wilderness,’ do not go out; or, ‘Here he is, in the inner rooms,’ do not believe it. 27 For as lightning that comes from the east is visible even in the west, so will be the coming of the Son of Man.

Posted by Unknown at 7:47 PM No comments: