The Bible vs the Quran - Jay Smith vs Shabir Ally

This is one of the best Christian vs Muslim debates I've ever seen. Drawing on the latest exciting discoveries in Quranic textual criticism Jay Smith lovingly and persuasively demolishes one of the core claims that is central to the very foundations of Islam - the claim that the Quran has been perfectly preserved by Allah and is therefore the word of God. No informed Muslim can now honestly stand by the claim that the Quran today is the same as the original Quran.

In contrast the Quran has been shielded from criticism and until recently no outside scholars had been able to examine the most ancient Quranic manuscripts. The Quran does not include footnotes pointing out the vast number of textual variants and so nearly all Muslims believe the popular myth that the Quran is perfect and unchanged. In the last few years though scholars have been able to examine some of the earliest Quranic manuscripts, and over 800 changes have been found.


And here is a post-debate response: Jay Smith Responds to Shabir Ally's evaluation of their debate in Toronto.

In Jay's response he says:


Moving on to the manuscripts themselves, Shabir does admit that the Qur’an would not be ‘magical’ if we could prove that “someone was deliberately and calculatedly putting the patterns in the Quran [manuscripts]”. But that is exactly what Dr. Brubaker has proved with the over 800 corrections he has found and catalogued in his doctoral thesis, many of which continue up to and including the 9th century.
Dr. Brubaker shows 7 different forms of corrections; including tapings, insertions, erasures, erasures overwritten, overwriting without erasures, selective coverings, and selective coverings which were overwritten, many with the apparent intention of standardizing the script to one unified and conformed text sometime in the 8th or 9th centuries, or possibly later. What’s more, these are not simple variant ‘readings’ of the text, but consonantal differences within the 10 manuscripts Dr. Brubaker examined. Thus, many of these manuscripts at one time included words and phrases which are different from the 1924 Egyptian text, supporting once again that the Qur’an could not be the ‘Word of God’, but merely evolving words of men.
Finally, Shabir claims that the debate was not about the manuscript evidence; whether the early manuscripts are exactly the same as the present 1924 edition, and that this was merely a ‘red herring’ which I introduced…yet, that is exactly what this debate was about, and still is! The fact that on just the two official E & AM sites over 25,000 people have already watched this debate in the last month proves that this debate has been a real game-changer for both Muslims and Christians, and especially for those of us who are holding Islam to account. I have never had as many affirmative e-mails as I have since Sept. 27th, nor as many vitriolic responses from Muslims upset with the material presented. It is this groundswell of interest (both for and against) which I believe has led Shabir to write up his ‘Evaluation of the Debate’, something he has never done before with any of our previous 5 debates.

Posted by Unknown at 5:47 PM No comments:

I had this discussion with a professed atheist, Sevy, on my Facebook page recently after he responded to my blog post Circular Reasoning?. A few other Christians joined in the discussion and made some good contributions. 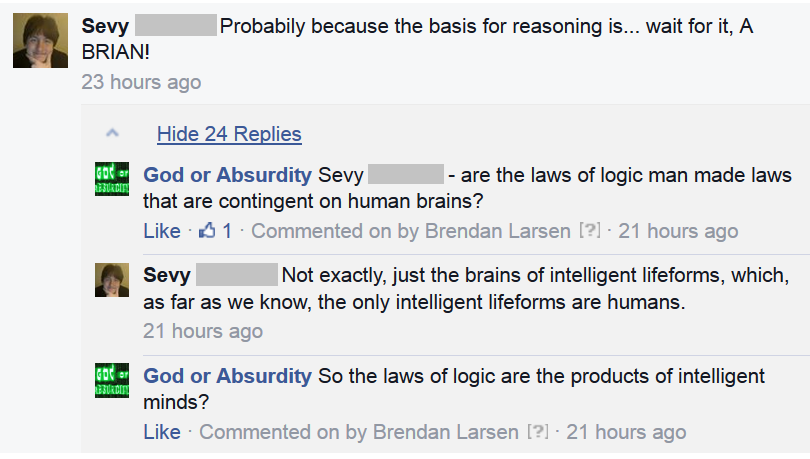 Notice that he wrote Brian instead of Brain - but I guessed he meant brain rather than the Life of Brian. 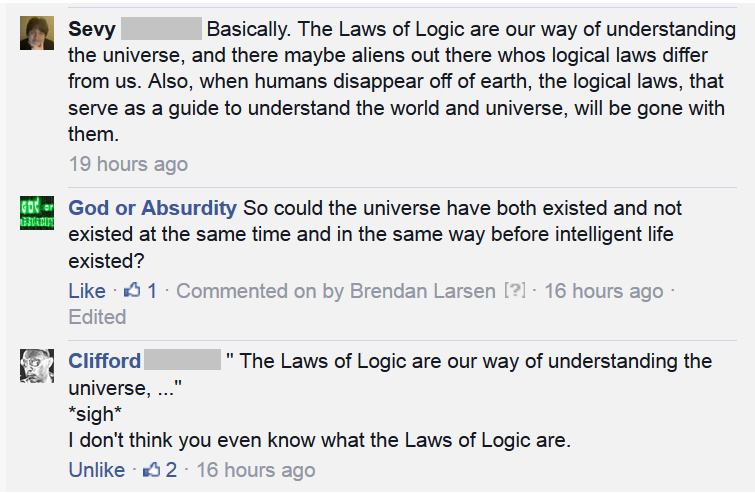 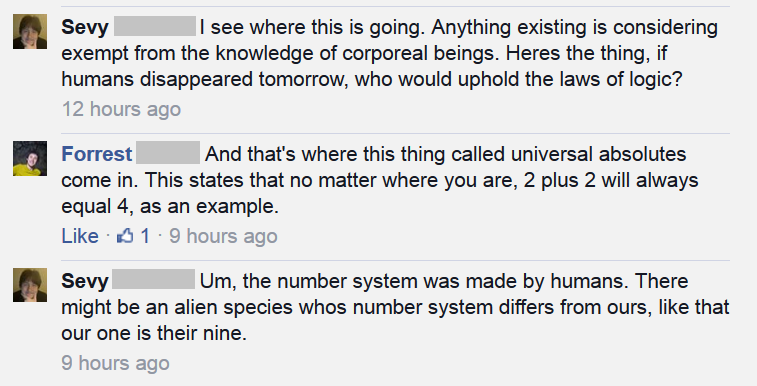 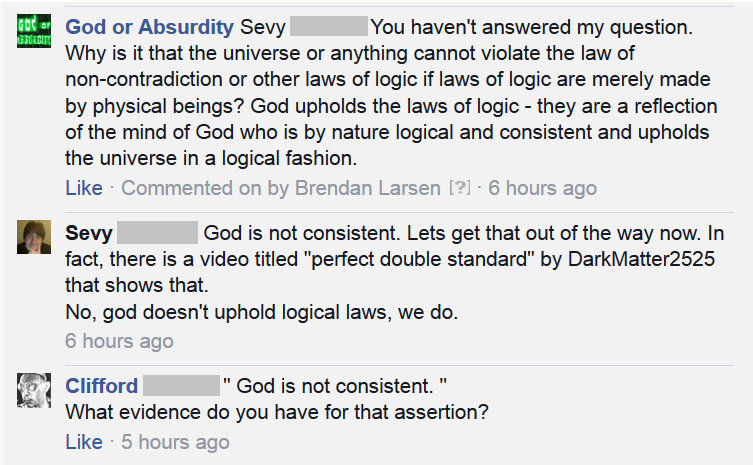 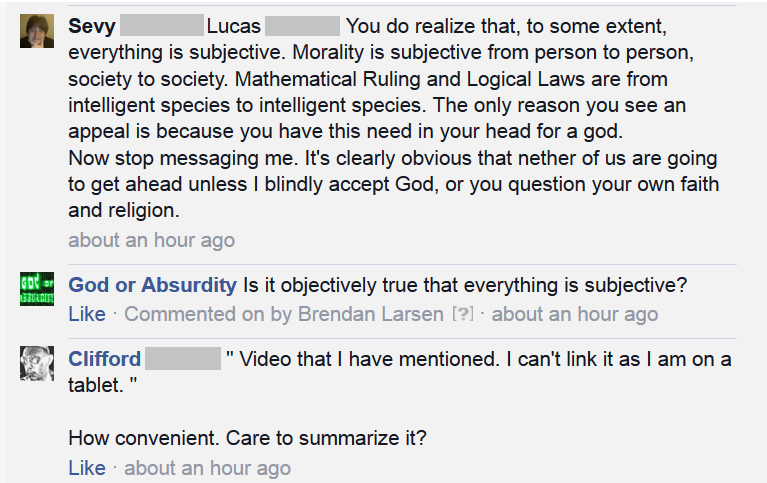 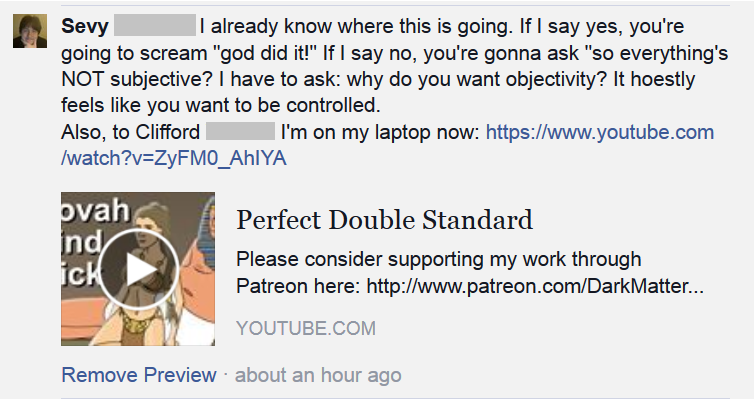 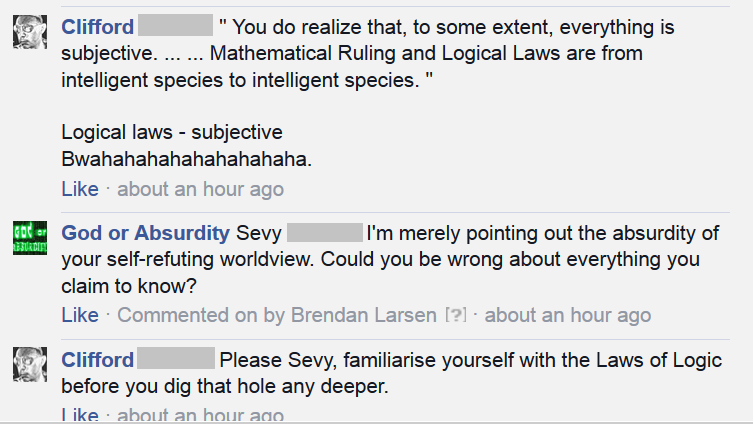 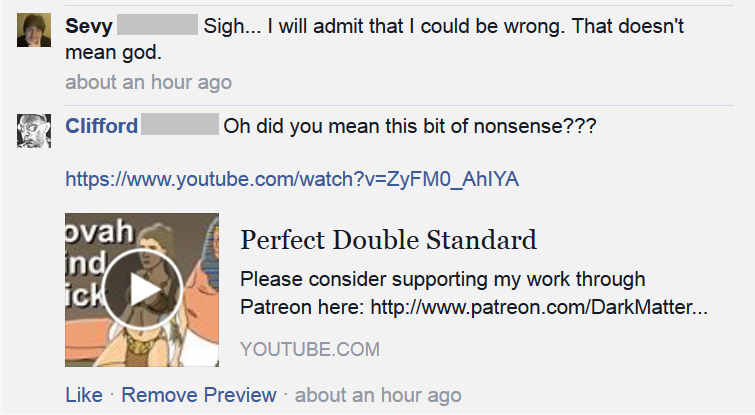 Note - I watched a few minutes of the Perfect Double Standard video and it's the usual offensive vile and absurd nonsense that DarkMatter2525 posts.

Towards the end Clifford said that Sevy needed to go off and study logic, but I don't think that a lack of understanding of logic is the main problem - the problem is that without God there is no solid basis for absolute and unchanging laws of logic and so no real reason why illogical or contradictory things would be absolutely impossible. This illustration puts it well: 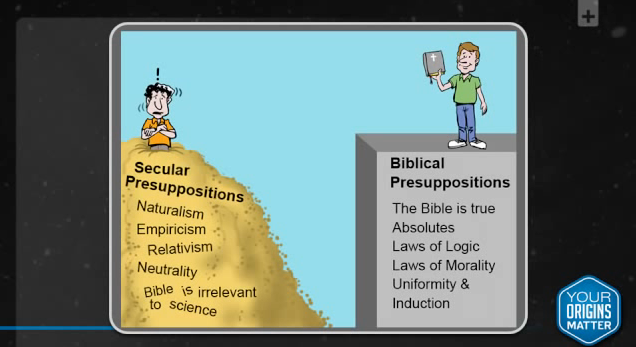 At this point Sevy blocked our page and went off to moan and groan to his atheist friends on an atheist page he is part of. He tagged me in, so I got screenshots of him venting his frustration. 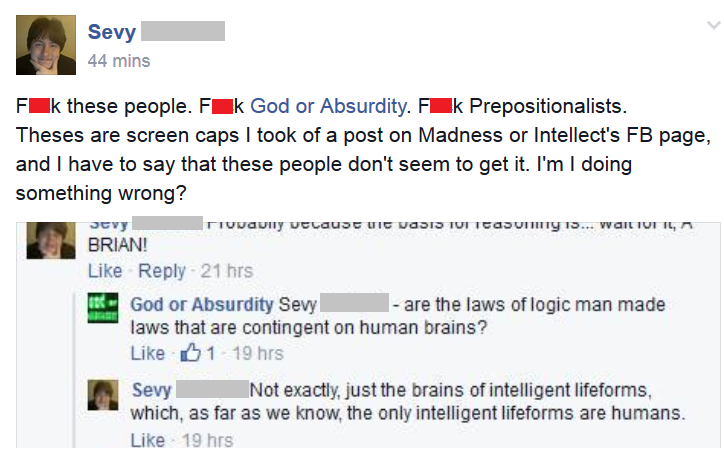 So that was that. Yes, you are doing something wrong Sevy - you are suppressing the truth in unrighteousness. (Romans 1). It's not your debating ability that is the problem - it's that you've adopted an absurd worldview that can't account for logic or anything else you claim to know. I would have liked to share the Gospel of Jesus Christ with you, but I'm guessing that at this point in your life you aren't interested in hearing the Gospel and just came to our page to try and refute Christians that you think are the "dumbest" people ever. I'll leave it for the readers to decide who made the most sense.
Posted by Unknown at 5:36 PM 22 comments: 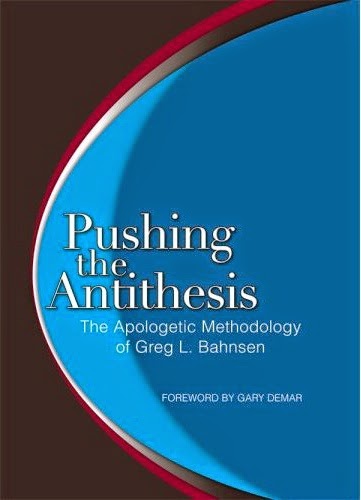 noun \an-ˈti-thə-səs\ 1. the exact opposite of something or someone. 2. the state of two things that are directly opposite to each other


"Whoever is not with me is against me, and whoever does not gather with me scatters."
(Matthew 12:30)

I got the book Pushing the Antithesis through American Vision's online store. It's based on Greg Bahnsen's teaching and written and compiled by Gary DeMar. In my opinion, and from what I've read of reviews online, it would have to be one of the best books there is on Presuppositional Apologetics.

It's well laid out and makes some of the more complex issues in apologetics understandable. In a nutshell, to push the antithesis means to show that biblical faith and unbelief stand in direct contrast. It is either God or absurdity - there is no neutral middle ground. It's not God or some other worldview that is almost as good as Christianity - it's the biblical God or ones worldview reduces to absurdity. If people don't start with God in their thinking then they absurdly cannot know anything - they cannot account for anything according to their worldview. "The fear of the Lord is the beginning of knowledge, but fools despise wisdom and instruction." (Proverbs 1:7).

In particular I found chapter 11 on 'The Problem of Universals' really helpful in better grasping the problem unbelievers have of reasoning from limited experience to universal concepts and laws. These things make sense in the biblical worldview but cannot be accounted for without God. We take for granted universal concepts and laws in order to function in the world and in order to have rational conversations - but without God there is no reason for these universals.

Another thing I found helpful was thinking about the question "Which worldview makes sense of the world we live in?" When we consider this we find that the biblical worldview alone can account for and make intelligible concepts like human experience, laws of logic, rationality, and human dignity.

The book also discusses many of the absurd results of rejecting God. Some of the more extreme and dangerous absurdities are things like widow burning, genocide, child sacrifice etc - without God there is no way to account for why these things are wrong. Understanding this has made it even clearer to me why as Christians we need to speak out against the sin of abortion which is a modern day holocaust and something that many non-Christians don't see it for what it really is - the murder of innocent children that God loves.

In summary, if you only read one book on apologetics I'd say that this is the one to read.