Pacifism, Matthew 5 and "Turning the other cheek"

I'm reblogging this as I found it really helpful and I believe many others will be helped by it too. It 's especially important in relation to whether or not it's right to send troops to fight ISIS, but it also has practical implications for how we live our lives on a day to day basis. If you have a wrong view of Matthew 5 you're in danger of turning into a wimp who becomes a doormat. God wants us to love others but he doesn't want us to be passive in the face of injustice or evil.

"Long story short: “Turning the other cheek” does not mean becoming a pacifist. But some of you may require more persuasion than that, so keep reading."

For the full blog post see:
www.rightreason.org/2012/pacifism-matthew-5-and-turning-the-other-cheek/.
Posted by Unknown at 5:26 PM No comments:

Email ThisBlogThis!Share to TwitterShare to FacebookShare to Pinterest
Labels: Bible

The Life of Muhammad - The Sira - Book Review 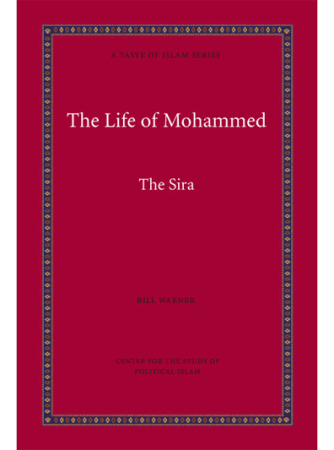 I just finished reading The Life of Muhammad, by Bill Warner. It is a condensed version (66 pages long) of the Sira, which is the biography of Muhammad. It traces the life of Muhammad from his early years as an orphan boy to his rise to become a powerful military leader. If you want to understand Islam you need to understand that it is not just founded on the Quran but also the Sira and Hadith. This trilogy together make up Islam based upon the teaching and life of Muhammad. The Qur'an teaches that Muhammad is the ideal Muslim that all Muslims should try to emulate.

While threats of doom and hellfire for the kafirs were 2 of the biggest themes in the Quran (see my summary of the Quran), the Sira fleshes out these threats of doom with actual accounts of Muhammad and his followers waging jihad. In the early phase of his life while in Mecca this jihad was non-violent struggle, but in the later phase of his life in Medina when Muhammad had grown in political power his primary method was violent jihad. The story of Muhammad's life is a tale of battles and wars, theft and war booty, sex slaves, espionage and treachery. 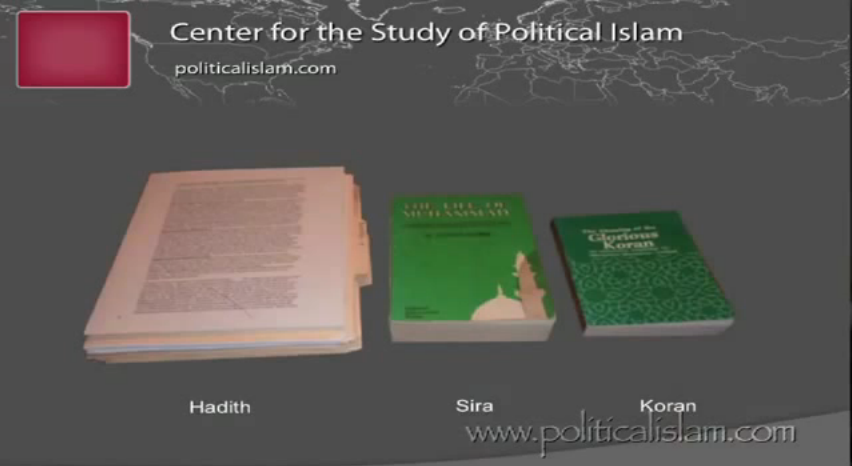 Often apologists for Islam say that Islam is a religion of peace. This is wrong and misleading for two reasons - Islam in its full form is not peaceful, and it's not primarily a religion - it's a violent political ideology of conquest with the ultimate goal of world domination in the name of Allah. This is made clear in the Quran, but even clearer in the Sira.

To give you more of an idea of what's in the book here's one excerpt:

B2,24,577 [Bukhari 2:24:577]
Some people came to Medina, but the climate made them sick, so Mohammed gave them permission to stay among the camels that had been collected for taxes. He told them to drink the camel’s urine and milk, as that would cure their illness. However, the people instead murdered the shepherd and stole the camels. Mohammed sent men after them and they were quickly captured. Mohammed ordered that their hands and feet be cut off, and their eyes pierced with hot pokers. They were left to die of thirst on the rocks of Harra.

Muhammad's revelations began when he was about 40 years old. From age 40 to age 50 he lived in Mecca and preached a mainly peaceful message. At the end of this Meccan phase he had only 150 followers. From age 50 to his death around 60 years of age he was based in Medina and it is during this phase of his life that he waged violent jihad and that we find all of the jihad related verses in the Quran.

An explanation of the latter Medinan phase of Muhammad's life from page 50 :

"In a nine year period Mohammed personally took part in twenty-seven raids. There were thirty-eight other battles and expeditions. This is a total of sixty-five armed events, not including assassinations and executions, for an average of one armed event every six weeks. Mohammed succeeded through politics, not religion. An estimate can be made that there were 100,000 Muslims when Mohammed died. Using this information allows a graph to be drawn:"

The same pattern holds today - when Muslims are in the minority and a state of weakness they preach a peaceful message. When Muslims reach a position of strength that is when violent jihad becomes an issue.

I'd like to end with Bill Warner's closing words from the book:

"Today our culture stumbles in the darkness of dhimmitude. But the light of knowledge of the doctrine and history of political Islam can dispel this darkness. Once we understand the true nature of the civilization of Islam, we can unite and overcome dualism and triumph over submission. to the reader Take the time to refl ect on what you have read and draw your own conclusions. If you would like to know more, read Mohammed and the Unbelievers, CSPI Publishing. If you would like to read the original of the Sira, Ishaq’s Sirat Rasul Allah, get A. Guillaume’s The Life of Mohammed."

"Have nothing to do with the fruitless deeds of darkness, but rather expose them." (Ephesians 5:11)

Over the last few days social media has been abuzz with talk of the new movie 50 Shades of Grey, which is based on the book of the same name that has sold over 100 million copies and has been translated into 52 different languages. Initial signs are that the movie is going to break box office records.

Even some professed Christians have said to me that the book and movie aren't anything to be concerned about. 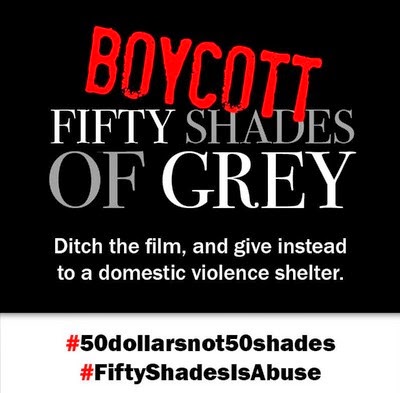 I encourage you to read the following reviews at the bottom of this blog post and to consider ways you can make your voice heard about the negative impact this movie will have on millions of people.

Our society has abandoned the anchor of biblical morality and is lost in the treacherous sea of immorality. Sadly many are unaware they are lost and in danger of being shipwrecked when the consequences of their abandonment of wisdom hits home.

Many people are so lost that they have no idea what true love actually looks like. Here's one comment from the Facebook page 'Boycott 50 Shades of Grey':

Maanvi went on to talk about how she'd love to be treated the way Anastasia was treated. Clearly someone who sends death wishes to people knows all about true love, along with the 16 others who liked her comment.

Here's another angry comment from the same page from another hater showing us what they know about how to do good without dogma (God) by telling others to get F%$#ed:

Truly, truth is the new hate speech. Black is white, hate is love, and bad is now good. The only unforgivable sin in our modern world is to say that sin exists, because clearly it's wrong to tell people that something is wrong, right??!! And like the proverbial frog being slowly boiled alive most people aren't even aware of what's going on.

Posted by Unknown at 3:10 PM No comments: